The event was the first all-digital event that IPS had run and it was important that it had a strong visual identity that was: contemporary, easily identifiable, useable across all digital channels and represented the webinar series theme ‘Recovery, Resilience, Regeneration’.

With an incredibly tight turnaround time, I set about creating the visual identity, keeping it simple and giving it as much flexibility as possible. Building on the theme I designed a modern set of icons for ‘Recovery, Resilience, Regeneration’, consisting of a plus, a spring and a circle, turning them into a logo using the IPS brand fonts and a few of the brand colours. This was backed up with a set of patterns created from the icons in various combinations and colours. These patterns could be used independently or in conjunction with the photography, which consisted of three images representing each part of the theme.

With the visual identity developed and agreed the next step was to mock up and create the assets for the registration page, email headers and footers ready for communication out to IPS members. Using Adobe XD for rapid prototyping, visuals were produced, tweaked, approved and assets handed over to Solution17 within a couple of days.

Whist the registration page was being finalised, work started on prototyping for the webinar platform, which consisted of several pages; speakers, sponsors, main stage and on-demand playback. Assets were created that expanded upon those created for the registration page, along with some social media banners and a pdf version of the schedule.

The result was a fully formed visual identity for the IPS Webinar Series that was modern, forward thinking and professional, which was turned around within a few weeks from its conception. This was a massive achievement by all involved. The webinar was very well received by executive management team, the sponsors, IPS and its members and we look forward to adapting and developing the identity for the next Webinar Series in the future. 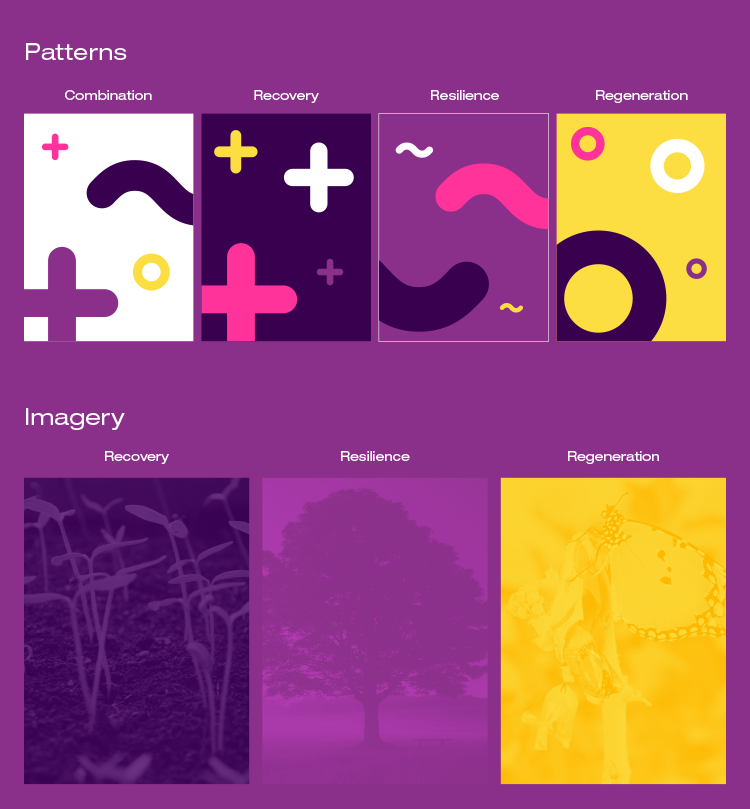 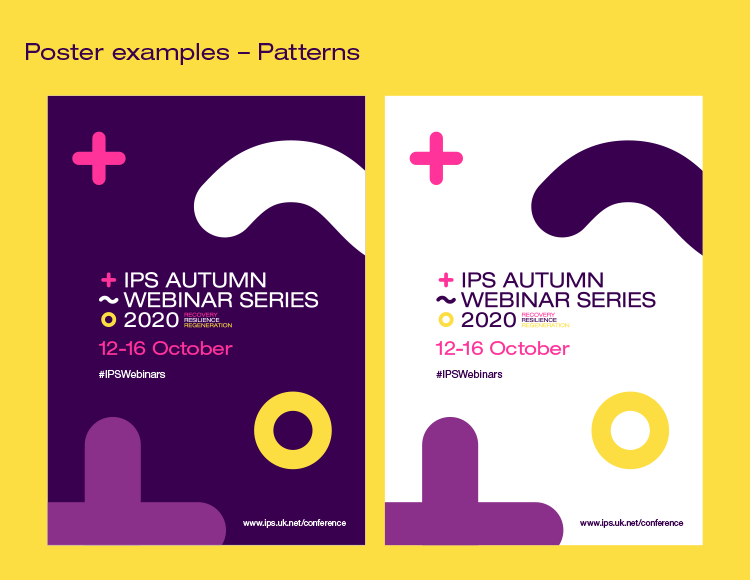 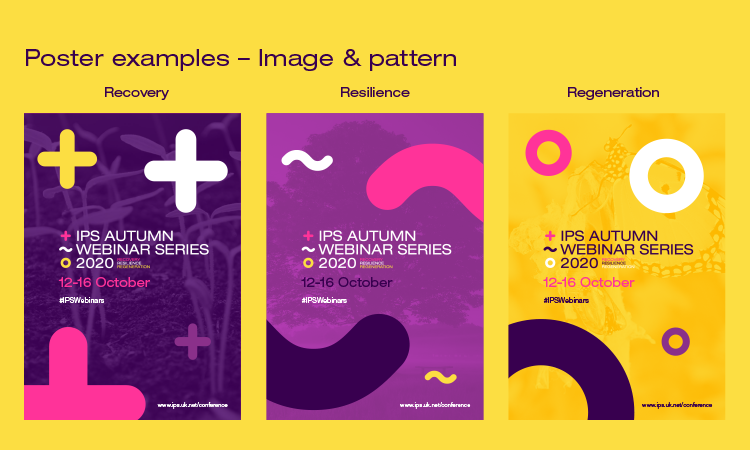 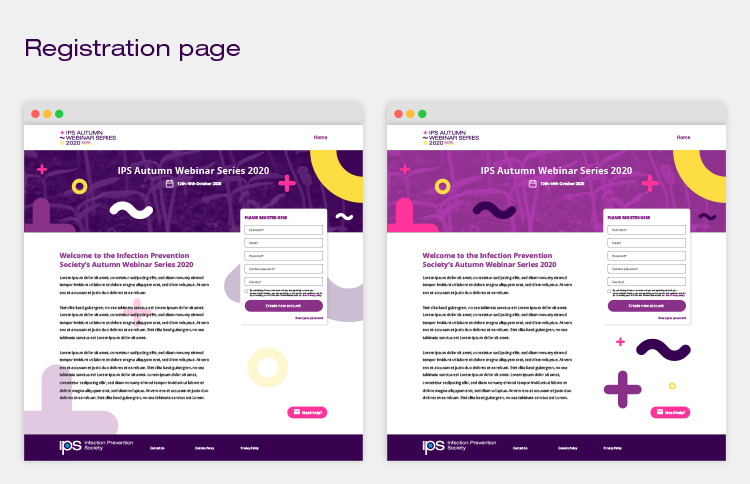 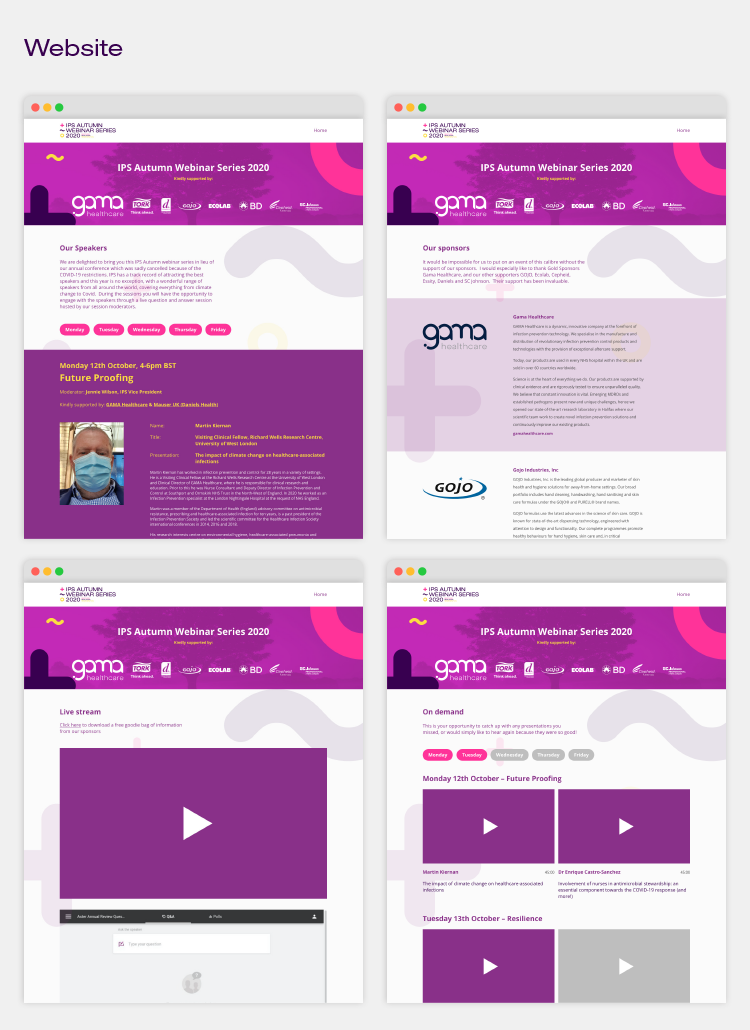 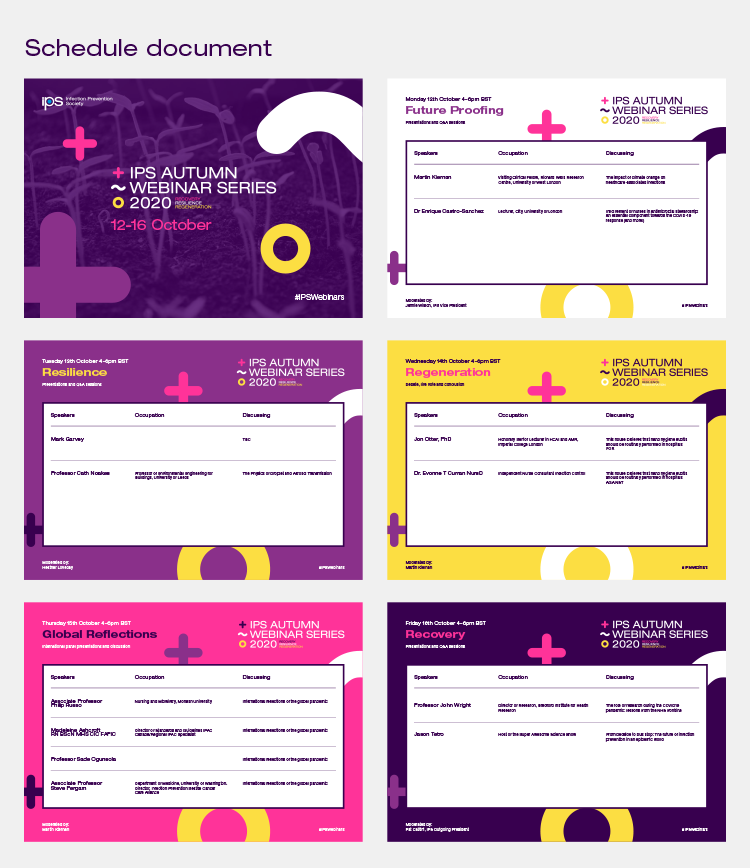